Home > Rausenberger, Schwichtenberg are Academic Students of the Month

Lucas Rausenberger and Ashley Schwichtenberg have been named Academic Students of the Month at Mayer Lutheran High School. 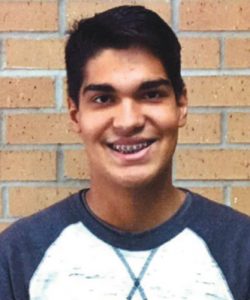 Lucas Rausenberger was nominated by Mr. Dulas. Mr. Dulas wrote, “Lucas has proven to be an outstanding musician who has a great capacity to learn his part.

Lucas came in playing the sax and  doing a fine job in Wind Ensemble,  Sax 4-tet, and Pep Band. He said he would help us out by learning the  drum set. It normally takes months  before a drummer will have the coordination to  play with a band. Lucas was ready to sit in within weeks. Not only did he learn the new instrument quickly but he proved himself by playing Pep Band for a Varsity basketball game.

If you have met Lucas, you know that this young man is going to be successful in many stations in life.”

Mr. Strehlke added, “In addition to doing wonderful work with the Wind Ensemble, Lucas is a very welcome addition to Joyful Noise. He has definitely fit right in, has a natural feel for the music and will be a great asset into the future for our Praise Team. Soli Deo Gloria.”

Lucas’s parents are Jon and Becca Rausenberger of Cologne, MN. 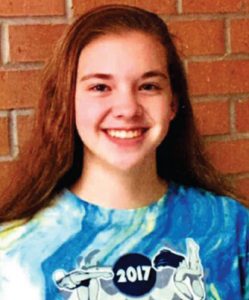 MLHS sophomore Ashley Schwichtenberg was nominated by Mr. Loontjer. Mr. Loontjer wrote, “Ashley is doing quite well in Chemistry. She is engaged in class and willingly asks questions. She gives extra effort to make sure she understands the material, which is evident because of her willingness to come in outside of class to ask additional questions.”

Mrs. Hoback added, “Ashley has been doing exemplary work in Geometry all year. Her understanding of the course content is evident in her ability to perform at an almost perfect level on homework, quizzes and tests.”

Mrs. Baker commented, “In Honors English, Ashley has shown a willingness to work hard and completes both daily work and writing assignments with excellence. She participates in class, giving a fresh perspective to the topics being discussed. Perhaps most importantly, she does not settle for anything less than her best effort, being willing to learn from her mistakes and grow from them as a student and writer.”

Congratulations to Lucas and Ashley!