On January 23, 2016 the two robotics teams from Mayer Lutheran High School traveled to St. Peter High School in St. Peter MN to take part in their second regional tournament of the season. There were 24 teams in competition on that day.
Because of their part in the championship alliance, Team 4650 is invited to the state competition on February 6 at Bloomington-Jefferson High School. Here they will be a part of the group of 48 teams from the state vying for one of 7 spots available at the FTC North Super Regional to be held on March 17-19 in Cedar Rapids, Iowa.  Team members of 4650 were: Min Lee, Hailey Jackson, Mickey Venero, Joel Wacker, Jon Chapa, and Grant Cohrs.
Team 5713 did have some bragging rights on the day even though they were not chosen to be part of an alliance for the tournament. They were on the winning alliance the one time that they went head-to-head with Team 4650 on the same playing field.  Team members of 5713 were: Donna Toelle, Andrew Pehl, Ian Gaida, Eric Telford, and Josh Jendro.                                                                               The team gives its thanks to Mr. John Gaida and Mr. Gary Loontjer for being their mentors and coaches for the season providing their expertise and leadership. Special thanks to Mr. Martin Wade for his very valuable help in programming the robots and the new communication system. We also thank the supportive parents for their time, transportation, and motivation and the seniors on the team for their support and leadership throughout the season. 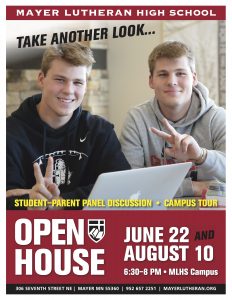